So You Think You Can Dance — I’ve got my favorite

I don’t know what her name is, but she’s the girl from New York that was just on.  She was amazing.

See? This is what I’m talking about. A completely different world view. We have completely diminished Al Qeada’s capabilities. We have killed most of their leadership. THAT is what we did in Iraq. THAT is what our men and women died for. You remember Al Qeada, don’t you? The one’s who attacked us, who flew our planes into buildings. Maybe that isn’t a good enough reason to go to war for you,but it sure as hell is for me. Not to mention that fighting them there kept us safe when NO ONE thought we wouldn’t be attacked again. But you guys give no credit to Bush there. I suppose it was just a big coincidence. You guys can pretend all day that Saddam didn’t spend the food for oil money on weapons shopping. Pretend all day that he wouldn’t have willingly shared that with terrorists. Pretend all day that he wouldn’t have given them safe haven. Pretend all day that he didn’t mass murder his own people. Pretend all day that good didn’t defeat evil here. Go ahead. Keep pretending. Keep believing that our men and women died for nothing. Fine. I will never join you in this fantasy.–TexasSparkle

Her friends come to comment, all of which she publishes, but much more she can’t take.

Kathleen and her commenters are the 12%.

Oh and the bold stuff?  I dids that kthx.

I love this freaking show.  I’m not so into the ballroom stuff, but all the rest, I love.

So far the auditions have been pretty good.  The first girl stood with her back to the judges as a Heart song played and played.  Finally, they asked her if it had been the right song — it wasn’t.  Then she danced.  It was amazing.  Long lines, flexibility, passion.  Then there was the Italian guy who was more aura than substance in my mind, but it led to a Freudian slip by one of the judges that was quite hilarious.

There’s an amazing b-boy on now.  What control and humor.  He’s the second one of the semi-finalists from last year that has returned.  Both got in.

Wow.  I should know the spoken poem that the last dancer performed to.  I’ll have to ask Roberto.  It was a beautiful statement.

Underwear alert!  OMG.  Last year, the 2006 winner — some guy name Benji — did a number and at the end ripped off his pants to reveal U.S. flag underwear.  And peopl give Obama grief about the stupid lapel pin.

Travis is back!  I loved him.  He’s doing the ‘second chance’ thing.

It’s been quite a wait.  The Chronicle only has a very short article up.  It confirms that Horn shot both suspects in the back.  The D.A.’s office is not saying what their recommendation will be.  It seems to me that there is no question about whether or not Horn shot the men — it’ just whether or not the shooting was illegal.  I would think that given this could fall under the new so called Castle Doctrine passed last September, it should go to court.

The comment section under the article is fairly typical. And with the understanding that they are just comments on the internets — I think either way this goes, it has the potential to be extremely problematic to say the least.  Complicating the situation further are both the recently racially based scandal at the Harris County D.A.’s office and the grand jury issues involving a Texas Supreme Court judge possibly (or his wife) charges of arson.

The always lovely Jim Sachsen of Stormfront (with added racist comment — for flavor, I guess.)

Kick! —  a blog I found recently and am getting to know.  So far so good.

And lastly the Farmers Branch haters are already on it. 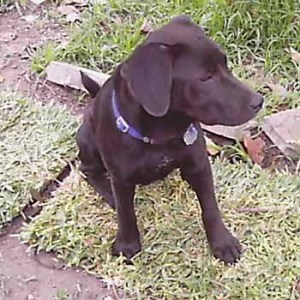 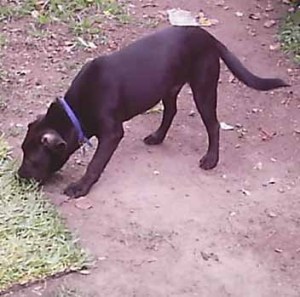 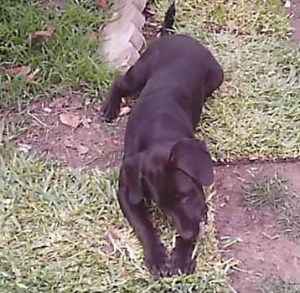 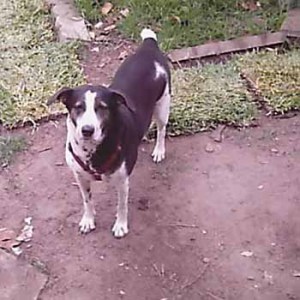 Posted in Four-footed Ones

We’ll have to see if it still works.

In last week’s Newsweek (the cover is of The O Team — Obama, Axelrod and Jarrett) there is an article about Richard Nixon — and sort of a review of the new book Nixonland.  Evan Thomas relates this bit:

Nixon’s media coach during the 1968 campaign was a young TV producer named Roger Ailes.  When Ailes was putting together televised panel shows, highly contrived to “meet the candidate,” he hit on a clever idea for a citizen panelist: “A good, mean, Wallacite cab driver.  Wouldn’t that be great?” suggested Ailes.  “Some guy to sit there and say, ‘Awright, Mac, what about them n—-rs?’  Nixon could then abhor the incivility of the words, while endorsing a ‘moderate’ version of the opinion.”

This is exactly what Sean Hannity has done twice so far with a preacher named James Manning.  Who knows how Hannity found the guy — or if he’s manufactured — but Manning has come on Hannity’s radio and teevee shows and trashed — literally trashed — Barack Obama, Obama’s mother, father, family, campaign — you name it.  Hannity then gets to repeat Manning’s allegations while feigning outrage — over and over and over again.  It’s the Ailes formula exactly.

And look who has taken the bait!  It’s none other than Texas Fred (with added photo!) on whose blog our friend Kathleen famously abandoned John McCain last summer.

One of the OKs (outside kittens) had not been around the house for the last few days. I was so worried, but not anymore. For whatever reason she showed up tonight.

She was a little skittish, but she did her lovely ‘swimming’ — rolling around just under the car — so I couldn’t pet her.  She seemed quite hungry.  I am so relieved that she is back.

Posted in Four-footed Ones

Lee’s film about Malcolm was masterful.  From the way that he made Malcolm bigger than the furniture in the room to the way he directed Denzel (another fav of mine) — it was the best movie about an American that I have ever seen.  I don’t apologize.  If this stuff is new to Kathleen, someone who wants to tell BLACKS how to live their lives, then what else do I need to say?  Seriously, she is seeking out BLACK Americans who disagree with Obama.  She is seeking out BLACKS who are conservative.

Kathleen is a typical Republican.  She’s got the handful of issues — same ones — but she seems to want to draw BLACK Americans into the Republican party.  She doesn’t seem to understand that dissing them won’t work.

Kathleen, you are a WHITE woman.  Your opinion on the BLACK community is not really wanted, k?  Take care of your own poor and uneducated, K?

It’s almost unbearable at this point — her stupidity.

Kathleen Should be Ashamed

I remember having conversations 25 yrs ago regarding China’s one child policy. I would tell people that China forced women to have abortions if they already had one child. I would tell them that at work women were required to keep charts on the wall of their menstrual cycles and prove their periods. It was the stuff of sci-fi nightmares and people generally thought I was just going off on my usual pro-life rants.

The same thing happened when I discussed partial birth abortions back then. No one even believed me on that one either. They believe me now, but now it seems we hardly horrified by anything anymore.

Of course people are going to focus on that.  The better explanation is construction.   As I commented on her blog (though she won’t publish it).  It’s not about abortion, but construction.  Mexico City went through the same thing.  Mexico City changed how they build and now, hopefully the Chinese will.  Had the Chinese learned from the Mexicans, lives would have been saved.  It’s not about how many children someone can have.
To quote Kathleen:  good grief, my friend.

Last week I almost cut my finger off.  This week I burned my right hand.